Some scholars have debated whether Friedrich Nietzsche was a stoic. One of the main reasons people claim he is not is because he does not have any actively expressed belief in the morality of will. This idea comes from his rejection of the Stoic’s view that there are universal moral truths. Nonetheless, other philosophers have also concluded his Stoic view by analyzing his other writings, so it might be possible that he was a Stoic without knowing it. So, was Nietzche a Stoic?

Friedrich Nietzsche is not a Stoic. Instead, he is a Nihilist. While there are some concepts of Stoicism he agrees on, such as our thoughts giving meaning to the things around us, there are many Stoic principles Nietzsche opposed, such as virtuous living and living according to nature.

In this blog post, I will show you Friedrich Nietzsche’s view of Stoicism. How he sees Stoicism, his comments on Stoicism, and what philosophy comes near to his ideals.

Was Nietzsche a Stoic?

Many philosophers have considered whether Nietzsche was a Stoic. This is because Nietzche may have been influenced by Stoicism.

Stoicism emphasizes living in accordance with nature, which can include accepting negative circumstances.

Nietzsche’s seems to talk about the idea of accepting hardship for its benefits like how Stoics accept negative circumstances.

However, Nietzsche’s belief in decadence or living in indulgence and luxury contradicts Stoicism since part of Stoicism is living with temperance.

There are many points in which Nietzche went against or even said things against Stoicism.

One of which is when he said that Stoics are extraordinary stage-players and self-deluders.

He also noted that Stoics are people who choose to see things falsely.

This might be attributed to Stoics not caring for the things they can’t control and their deterministic approach to life.

The Stoics believe in nature, and that nature is all-knowing. To stay in context, what the Stoics see as nature is not the animals or trees around us but how the world works. To make things simple, they see nature as fate.

That’s why he also said that Stoics are people who impose self-tyranny.

He sees Stoics as self-deluders since he believes that nature is not all-knowing and it is instead full of chaos. He explained it by looking at fate and nature, where we see calamities and unpleasant things common to nature.

Another point Nietzsche disagreed with is the Stoic’s view of living according to nature. For him, we are part of nature and thus, we are nature.

Another thing Nietzsche pointed out is that nothing is essential, including virtues, while Stoics protect their values.

While there are many things Nietzche seems to go against Stoicism, there are also points where he agrees with Stoicism. That’s what we’ll talk about in the next section.

Did Nietzsche believe in Stoicism?

While there are lots of points Nietzche didn’t believe in Stoicism, the fact that Stoicism is a descendant of Cynicism made some points coincide with Nietzche’s beliefs.

The common point between Stoicism and Nietzche’s belief is that our beliefs or perceptions give meaning.

This means the same thing happening around us can have different meanings depending on the person.

This coincides with Stoicism’s belief that we only control our present thoughts and actions and Nietzche’s belief that since nature is pure chaos, our perception is the only thing that matters.

For example, when we lose our job, we can either see it as a bad thing or a chance to find a better job.

Same experience, one is positive, and one is negative.

While Nietzsche went against Stoicism in many points, there are also some points where he agreed with its principles.

However, even if he agrees with Stoicism, this doesn’t mean that he is a Stoic. Instead, he is a Nihilist, which we’ll discuss in the next section.

Was Nietzsche a Nihilist?

Nietzsche is a Nihilist, and he admitted to being a nihilist in 1887 on a note. Nihilism is a belief that values are useless and we know nothing. Basically, Nihilism is being pessimistic or sceptical about the things around us and seeing that life has no purpose.

As we can see, Nietzsche is not a Stoic. Instead, he is a Nihilist. His belief does not fall in Stoicism and is closer to Cynicism and Skepticism.

From what I see, the relationship between Stoicism and Nietzsche stems from his belief in Cynicism.

This is because Stoicism is influenced by Cynicism. In fact, Stoicism directly descends from Cynicism, both of which descended from Socrates.

That’s why thinking that Nietzche’s view is somewhat close to Stoicism is common.

However, as we can see, Nietzche’s view is far and usually against Stoicism.

But let’s talk about this in detail and separate Stoicism from the definition of Nihilism itself.

As we can see, Nihilists believe in nothing and that values are useless.

This is entirely the opposite of Stoicism which talks about the importance of virtues. In fact, Stoics makes sure to follow the 4 Stoic virtues when doing.

The 4 Stoic virtues are temperance, courage, wisdom, and justice to serve as a guide.

To know more about the Stoic’s four virtues, feel free to check this blog post: Do Stoics feel Emotions?

Nihilism has nothing of some sort. They believe that values are nothing and the world of nature is in chaos.

This is contrary to how Stoics view nature or fate as logical.

In conclusion, Friedrich Nietzsche is not a Stoic. On the contrary, he is a Nihilist who believes that life has no meaning and that we should push for nothingness to find peace.

What’s next? We’ve seen how Nietzsche opposed Stoicism. However, one question remains. Is Stoicism a fad? I made a blog post talking about that topic in detail. You’ll find it in this blog post: Is Stoicism Wrong?

Hi, my name is Jason and I did a 1-day Dopamine Fast last December 26. This article will be about my experiences, thoughts, advice, tips, and how to do it correctly. I will also make sure suggestions as I think you could do it with an easier method. However, this dopamine fast really brought me… The Stoics were a sect of ancient Greek philosophers who shared a common belief that the world is not only knowable but also rational and governed by natural law. To live in accordance with nature, they advocated living a life of social virtue and indifference to either pleasure or pain. However, why do they do… Sometimes, we have a lot of studies to do that we think of waking up early. Some people swear by waking up at 4 am or 4:30 am to study. In fact, I am someone who wakes up at 4 AM to study. However, there are some who take this to the next level and… I like studying, especially math. When we look at society, it seems that the majority really hates studying. But you might be here right now because you are really asking yourself why are you like studying. Well, there are numerous reasons why you like studying and we will discuss them here. In this, article, we’re… 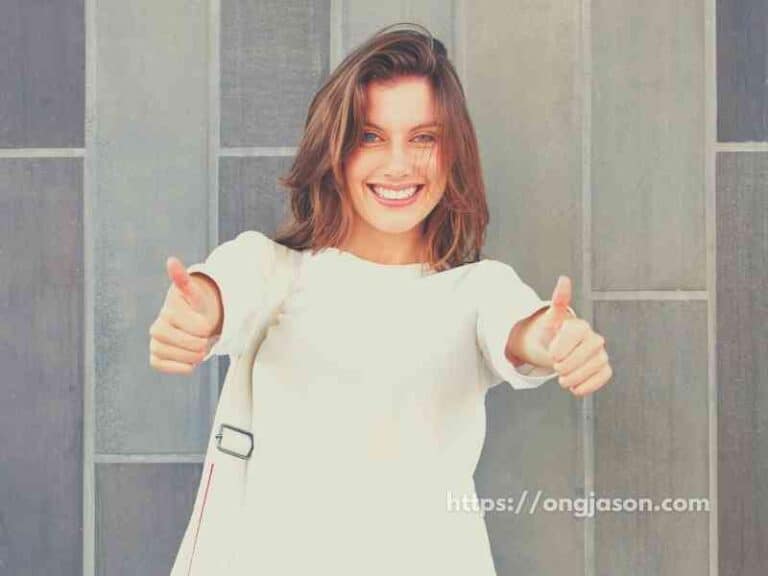 Before, I can safely say that I was not confident. I was always bullied in school because I don’t have a strong physique. Furthermore, people are making fun of me since I tried playing basketball with a weak body. Right now, I can say that while I am not fully confident, I got the taste…