Rene Descartes was one of the key figures of philosophy. Descartes’ Stoicism philosophy stresses that an individual should act according to virtue, which includes patience and moderation. His Rationalism philosophy maintains that reality is composed of ideas and that the human mind has an innate capacity for understanding these ideas. So, what makes Descartes a Stoic and a Rationalist?

This blog post will talk about Descartes’ view of Stoicism. From there, I will explain if he is a rationalist or an empiricist. To do this, I have compiled some quotes made by Rene Descartes, which we will discuss together.

Was Descartes a Stoic?

Descartes believes in some Stoic principles, such as the dichotomy of control. Furthermore, he believes that we should focus on ourselves rather than others because we can’t control others. However, he doesn’t follow all Stoic ideologies because he sees emotions as physiological rather than something that causes irrationality.

Upon learning more about Descartes, I was surprised how he seemed to use some Stoic ideas in his life.

For example, in one of his famous quotes, he explained how we have nothing in our power except our own thoughts which is one of the main principles of Stoicism.

To explain, the Stoics believe in the dichotomy of control where everything can be divided into two, which are the things we can and can’t control.

Descartes’ adherence to the dichotomy of control is apparent as he always emphasizes focusing on yourself.

Another thing is that Stoics believe is that the world is all-knowing, and you can’t control many things about it. Thus, instead of changing the world, you should instead focus on what you can do.

As Descartes also puts here, he knows that changing the world without focusing on ourselves is a very daunting task and might make our actions useless. Thus, to see results, we should instead focus on ourselves.

These quotes are enough to see how Descartes believes in control’s dichotomy. However, Descartes is not following all Stoic principles, such as the idea that passion causes irrationality.

The Stoics believed that we shouldn’t let emotions define our thoughts and actions to be rational.

The best example of this is when we are angry, we can shout at everyone around us with no apparent reason other than our emotions.

If we were not angry, we wouldn’t have done that.

That’s why many Stoics tend to control themselves from passion by being aware of it. But, unfortunately, this is also the reason why many people regard Stoics as emotionless.

However, that’s not the truth. I made a blog post polling 300+ Stoics to answer that question. The overwhelming result that Stoics aren’t emotionless rest the case. Here is the post if you want to check the poll: Are Stoics Coldhearted?

My point here is that Stoics tend to stay away from passion which they believe can cause irrationality. That’s why they try to control such emotions by preventing them from turning to passion.

Descartes’ doesn’t believe that emotions cause irrationality. Instead, he believes that feelings are physiological, which is a normal phenomenon.

While both the Stoics and Descartes believe that emotions are normal, they differ in how it affects our decisions and actions.

Thus, we can see that Descartes believes in some Stoic principles while rejecting some.

Another question people ask is if Descartes is a rationalist or an empiricist. That’s what we will talk about in the next section.

Is Descartes a Rationalist or Empiricist

Descartes is a rationalist and not an empiricist. This is apparent with his famous quote, “I think; therefore I am,” and his focus on theories and ideologies. Furthermore, Descartes is one of the key founders of the rationalist tradition.

Through Descartes’ life, he seemed to reject the idea of Empiricism.

Empiricism is a view where concepts originate from observation and experience. That means we can get all the information we need from our environment.

In simpler terms, Empiricism is about observing your surroundings and focusing on what we can learn from our environment,

On the other hand, Rationalism is about theories and using your thinking to learn and seek the truth.

Thus, Rationalism is what we can learn from thinking about ourselves.

If we check Descartes, we can see how he values thinking and doubting. This made him one of the key founders of Rationalism.

In this quote, he emphasizes the importance of thinking and building your character. This makes Descartes a Rationalist.

What did Descartes believe?

What we can learn from Descartes is that he questioned everything around him, and as he did that, he started to build his character.

That’s why he started to learn and accept some Stoic principles while rejecting some.

His rationalist ideals made him choose what was suitable for him and made him unique.

He exercised his right to think and come up with his own rules for life, which is essential, especially if we are in the phase where we don’t know what to do with our lives.

What’s next? Now that you understand Descarte’s thoughts and beliefs how about knowing more about Thomas Jefferson? If you’re interested in his ideas, feel free to check this post: Is Thomas Jefferson a Stoic? Many people usually ask if self-control is a sign of intelligence. Self-control is our ability to sway away things that seem wrong to us no matter how satisfying it looks. It is a way of inhibiting actions that we are tempted to do in front of temptations or impulses. This article would talk more about… A few years ago, I was curious about the topic of fear and doubt. At that time, searching for an answer to this question was quite challenging because most of their explanation was difficult to understand. I remember giving up that day. However, through constantly battling my fear and controlling my doubts, I understood their… When was the last time you are proud to say that you are just being true to yourself? A few years back, I can say that I am not. I live every day like what most people tell you should. My life revolved around my work schedule and of course, a few more years back,… 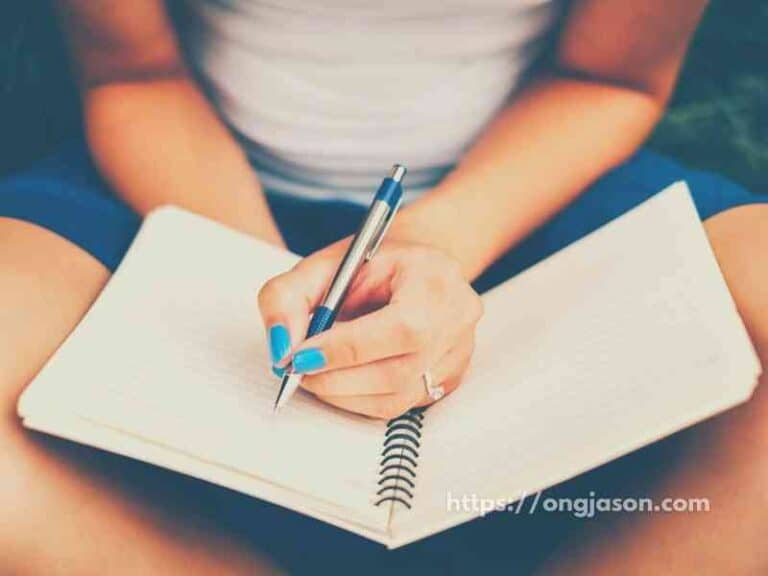 As someone who does daily reflections, I am quite surprised to see how some people make it complicated. Instead of having a moment for yourself where you are thinking deeply about your past, present, and future, the ones out there providing numerous questions for you to reflect that will just complicate things. Thus, I have…